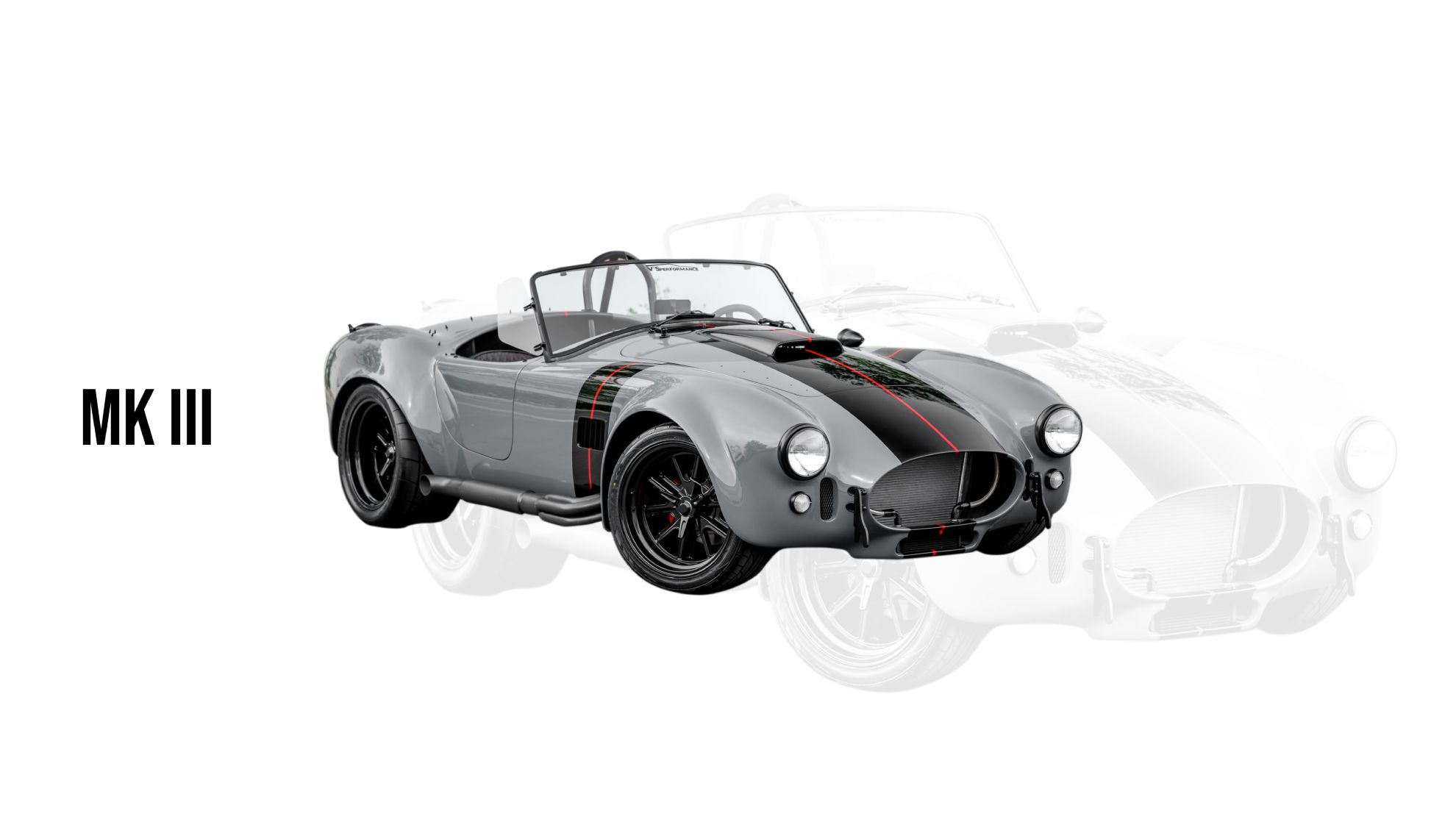 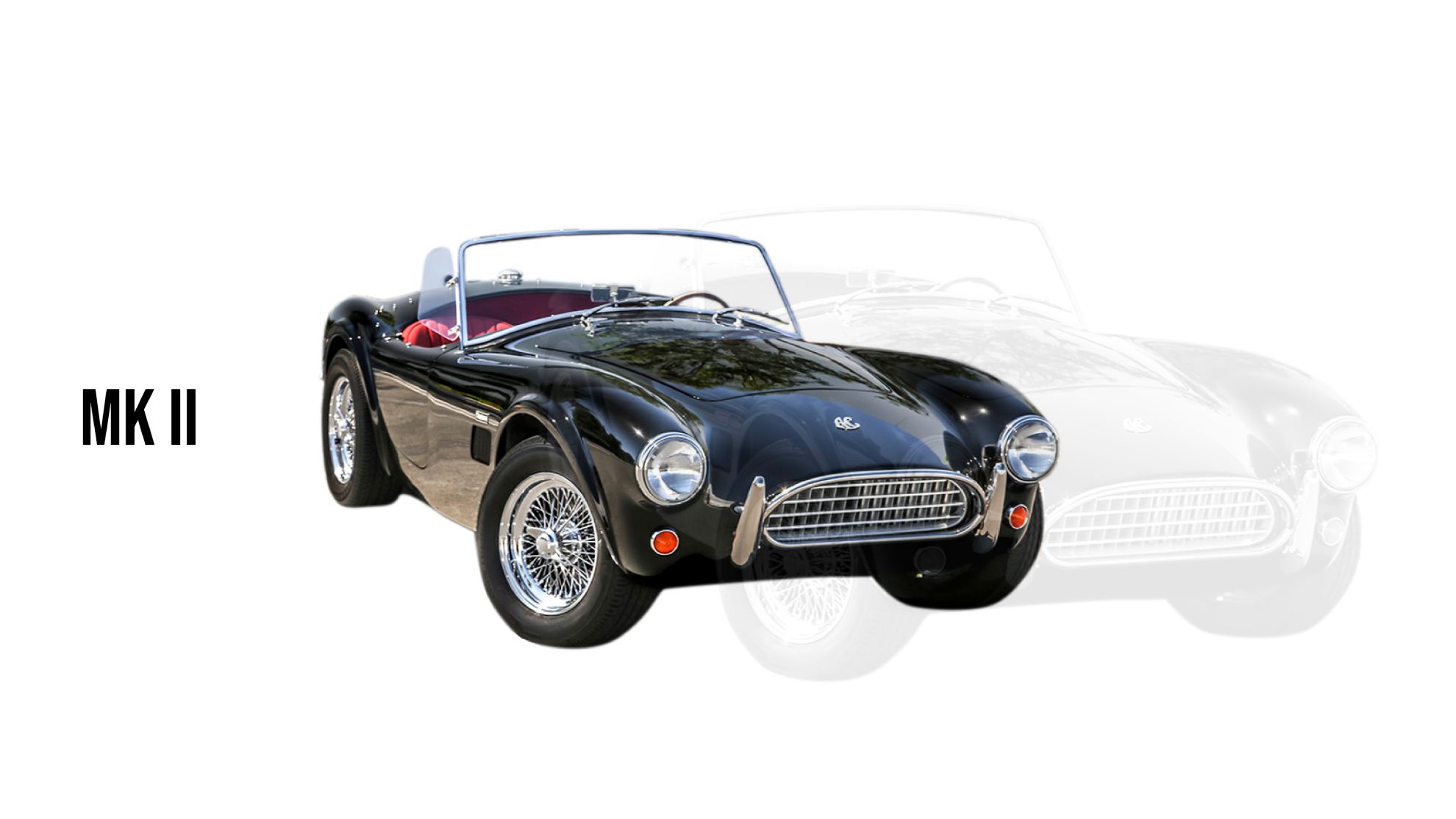 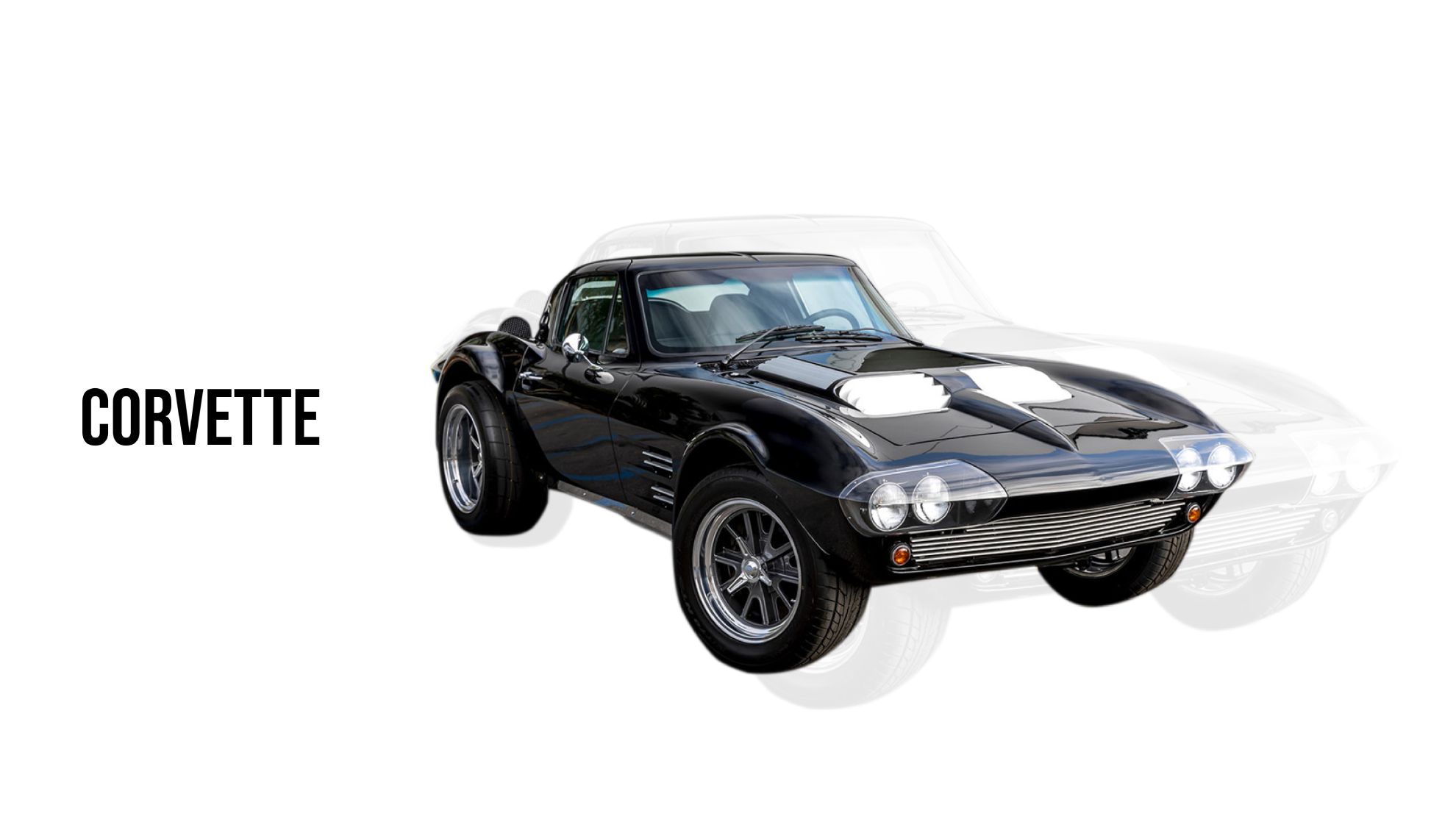 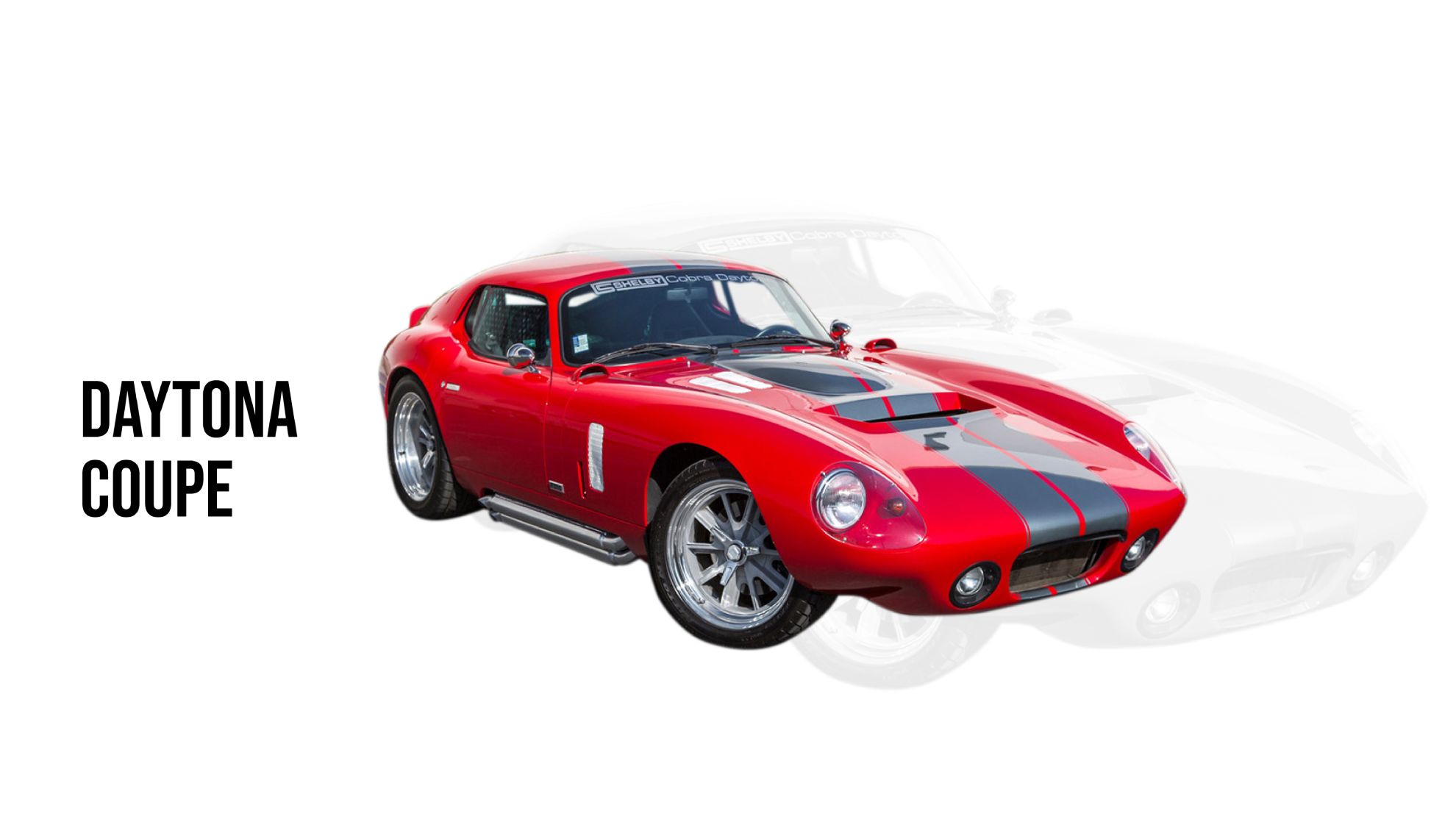 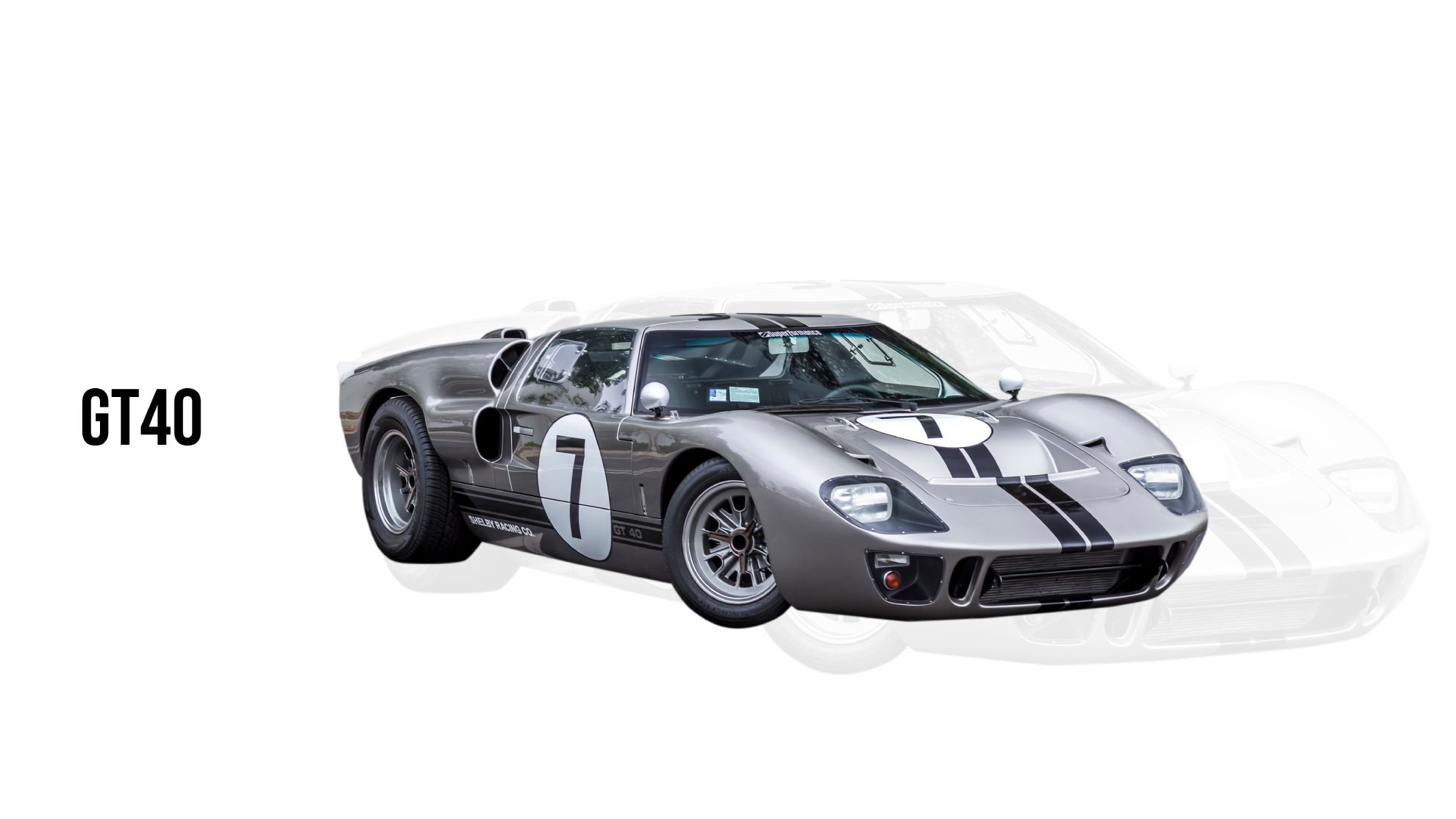 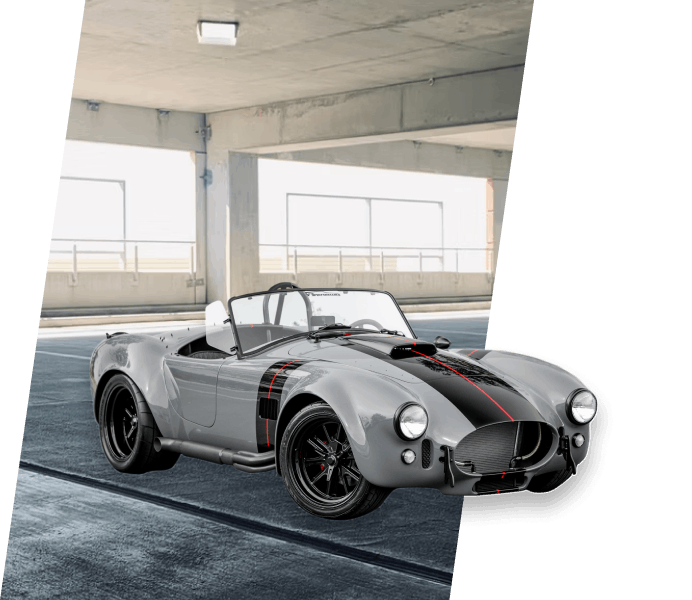 The Superformance MKIII is the only Cobra replica built under license from Carroll Shelby Licensing Inc.

It looks like an exact replica should. It is sure-footed, reliable and is as exciting as the great sport roadsters of the sixties. Each rolling chassis comes completely assembled and painted, less engine and transmission. What makes the MKIII so much better than its competitors? Give me a call and I’ll explain the differences 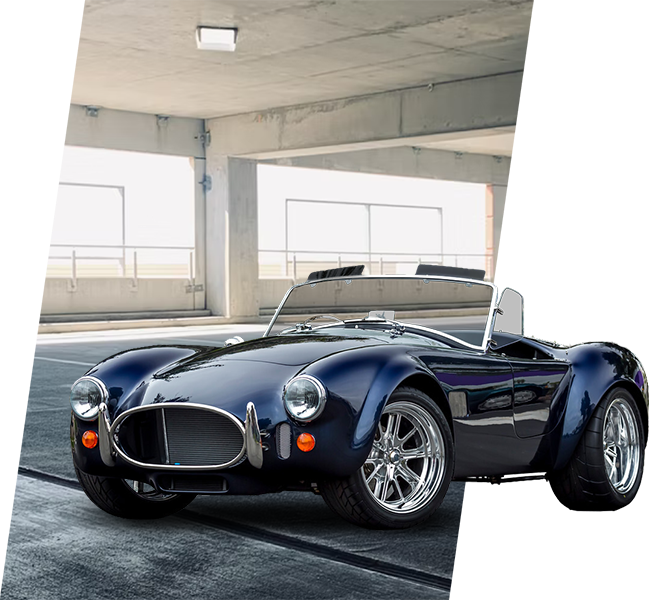 What makes the MKIII Roadster so much better than its competitors? It looks like an exact continuation car should. It is sure-footed, reliable and is as exciting as the great sport roadsters of the sixties. The Roadster version is for those who still like to appreciate the high power to weight ratio but with a timeless look. The Superformance MKIII Roadster includes everything the Superformance MKIII has minus the roll bar, hood scoop, and side pipes. 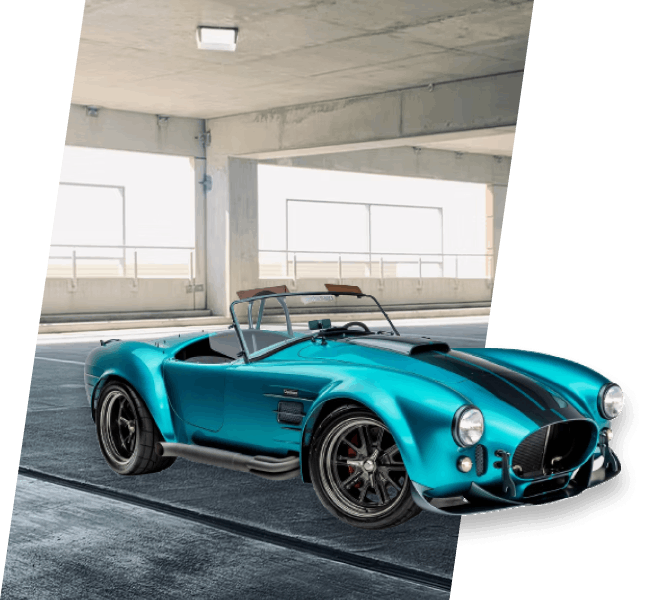 Introducing the all new Superformance MKIII-R. This is what you get when you take an Old-School Classic and infuse a bit of modern day flair. The MKIII-R retains much of its original shape and wheelbase but gets it’s bold and aggressive look with the addition of integrated “Scalloped” Fenders and Hood. Black Mesh Side and Fender Vents also add aero to the overall grittier appearance. To ensure a complete, aesthetic, and functional package, the MKIII-R also comes with a beefy rear diffuser and body-contour matching Front Splitter. 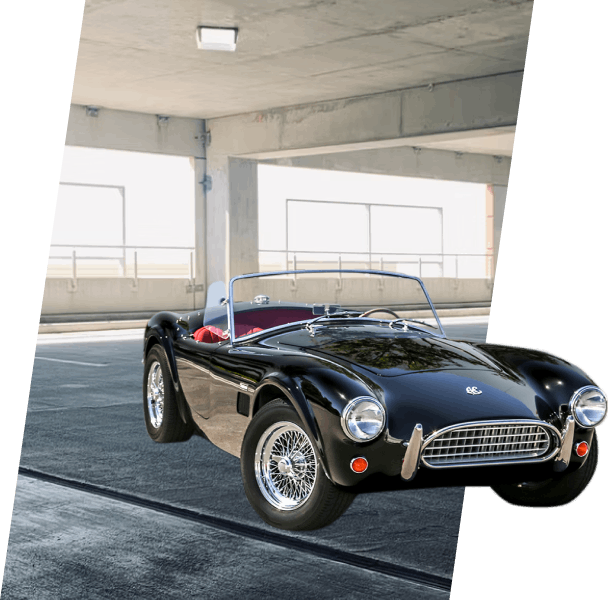 The MKII Slab Side is a sanctioned continuation of the original Shelby Cobra 289 that first appeared in 1962. The power from a 289 is considered a sweet spot and very useable. This authentic design is a proven race winner and demands respect. Loyal to the original lines and proper nostalgic characteristics of the 1962 American race winning Cobra FIA, this car is a perfect mate for heart-racing 289 motor and a more modern Tremec TKO transmission. A pure gentleman’s car in every detail without screaming track car, but sounding and handling like one. 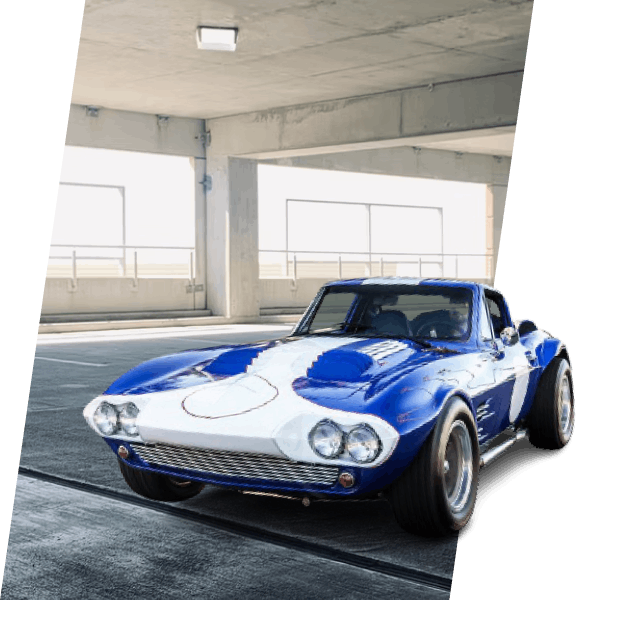 In late 1962 Chevrolet chief engineer Zora Arkus Duntov set out to build a production run of 125 purpose built Corvette racecars with the ultimate goal of winning the GT class at the 24 Hours of LeMans. Inside Duntov’s shop, the project was known as the LightWeight. As they neared completion, Chevrolet marketing christened the cars Grand Sports. After a pilot run of five cars, GM brass cancelled the project and ordered the cars destroyed. 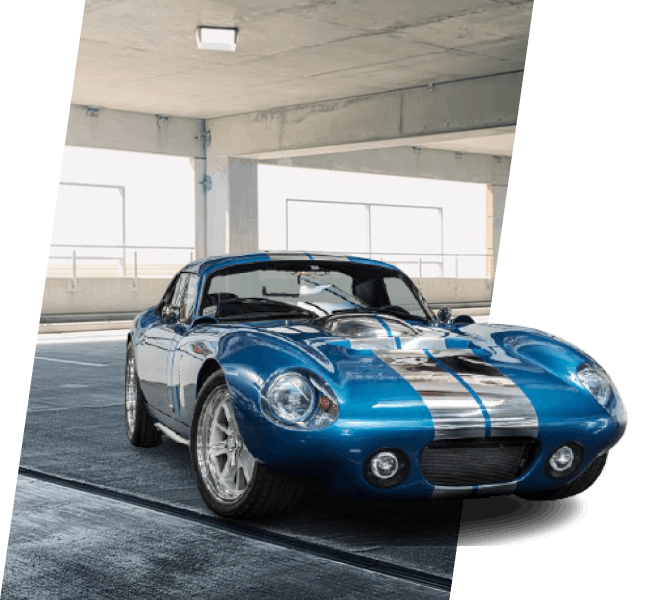 The first and only American made car to win the World Manufacturer’s Championship for Grand Touring Racecars, the Daytona Coupe transformed American road racing. Originally referred to as the “Daytona Car,” the coupe officially earned its name while being built for the Daytona race.

The Daytona Coupe combines innovations of the past, technology from the future and captivating style to deliver a new generation of classic muscle. 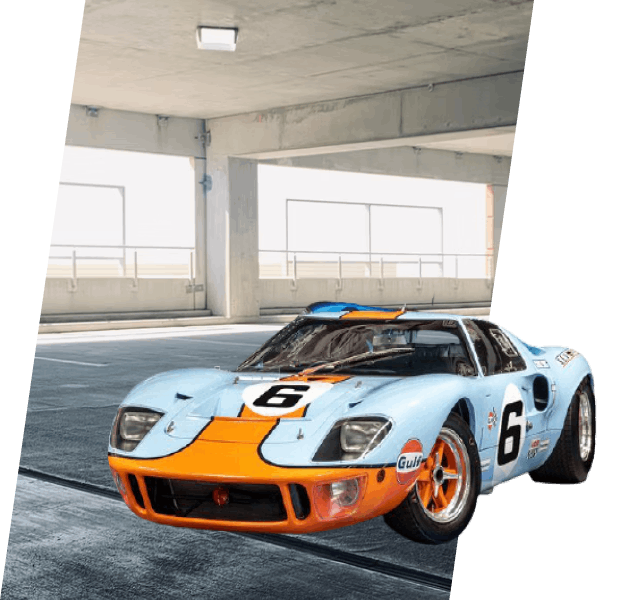 A quality re-creation of the original that beat Ferrari and finished in the top three positions during the grueling Le Mans 24 Hours in 1966. While developing the exhilarating GT40 continuation, engineers went to great lengths to ensure authenticity. So authentic, that we can legally use the name “GT40”. The GT40 also carries the GT40/P chassis number and is eligible for the official GT40 registry.

Your form has been submitted

We will get back to you soon!